The Gates Radio Co., now GatesAir, turns 100 this winter. Founded in 1922 by Henry, Parker and Cora Gates, the company has grown from a young man pursuing a hobby to becoming the world’s leading manufacturer of radio and television broadcasting equipment.

Henry and Cora Gates moved to Quincy in 1918 with their only son, 11-year-old Parker, and lived in a rented bungalow at 2315 Broadway. In the attic of this house, Parker began to build crystal radio sets that could be ordered by mail. Henry, a food product specialist, was hired by United Cereal Mills to be plant superintendent of the Egg-O-See Cereal Company. When the Egg-O-See factory closed, the family moved to Cereal, Pennsylvania, where Henry was hired to manage Jersey Cereal Mills.

The family was invited to reside in the president’s house which is halfway up a hill from the factory and office complex. Henry soon discovered that a strike was looming, and the President was afraid to live in his newly built residence.

Henry was sent to Pittsburgh on business to meet with Westinghouse Corp officials. He took Parker with him and the two spent several hours at KDKA, the first radio station to broadcast in the United States. That night on the way home,

Parker said, “I want to start a radio company.” Henry kept that in the back of his mind.

When strike negotiations became very tense, Henry and his family were threatened. With the help of a trusted employee, Henry arranged for them to leave in the middle of the night. “Draw the car curtains and be quiet,” Henry ordered. Parker sat shaking in the back seat of the car as they drove down the hill with the lights off and away from Jersey Cereal Mills. He held his little fox terrier in one arm and his brand new set of crystals in the other.

When they were several miles away, Cora tearfully asked, “Where are we going?”

“Back to Quincy, Illinois,” Henry replied.

The family moved into a rented apartment at 907 Vermont Street. Parker took a job after school at the SS Kresge Co., where he worked in the electronics and hardware department; he saved his money to buy parts and started designing and building his own radios.

He made an exceptionally good radio receiver and showed it to his father who said, “Why not build them for other people.” Henry was a Rotarian and at a meeting he announced, “My son can build a radio that’s better than any radio you can buy at any store.” He walked away from the meeting with orders for seven radios – and that was the start of the Gates Radio Co. Parker was 14 and still in high school.

The kitchen pantry became “the radio room” where the radios were built. In 1923, Henry resigned his position as sales manager at Wall Pump and Compressor Co. and rented a second-floor retail space at 115½ N. Fifth St.

Henry and Cora ran the business during the day, and Parker joined them after school. Henry managed the business, taught Cora how to keep books, and Parker designed and built the radios and equipment. Two early radios were popular: the Echophone which sold for $75.99 and the Electra for $200.

In 1925 the company became the Gates Radio and Supply Co., and a wholesaler of radios, tubes and parts, moreover, Parker would continue to manufacture custom radios. Clinton Norris was the first employee hired. “He sold the radios door to door,” Parker Gates said in an interview, “and they sold like hotcakes.”

Parker graduated from high school in June 1926. His father offered to send him to college or take $5,000 from his savings and invest that money in the business and Henry would teach him everything. what he knew about business management. Parker chose the second offer.

That same year, Parker Gates designed the transcription turntable, a technological “first” for the fledgling radio industry, as well as equipment to amplify speech and music for outdoor events.

Parker and Henry Gates went to Chicago and attended a convention where motion picture material was on display. After evaluating the possibilities, they decided to enter this field. Parker immediately set to work designing the Gates Electrograph, “a non-synchronous disc sound machine consisting primarily of amplifiers and loudspeakers placed behind the screen”. It provided background music replacing the old theater organ or piano. It sold for $630. Motion Picture Magazine published an article on the Gates Electrograph, and orders arrived from all over the United States and several countries.

Then came the Motio-tone, a movie-related 16-inch sound disc system that sold for $1,625. “It wasn’t the foolproof machine that came out later,” Parker said. “Often the cow would moo right in the middle of the soprano’s tune, and that in itself would get a lot of laughs.”

In early 1929, Gates Radio moved across Washington Park to a three-story building at 115 N. Fourth St., which gave the company more floor space. That same year, a new condenser microphone was added to the lineup. Its sale was instantaneous.

The 1920s ended with the stock market crash and a period of uncertainty swept the country during the early Depression years. However, Henry, Cora and Parker Gates faced the future with the determination to succeed. There were positives: the company had grown, and they were in a bigger building. The decision was made to continue manufacturing and selling motion picture equipment, but to devote as much time to designing and manufacturing equipment for the broadcast industry. Within three years, motion picture products would be phased out and the Gates Radio Co. would devote its business entirely to the design and manufacture of broadcast equipment.

Several interviews with Parker Gates. With Janet Gates Conover, daughter. Some recorded. 1973 to 1986.

The Quincy and Adams County Historical Society preserves Governor John Wood’s mansion, the history museum on the plaza, the 1835 log cabin, livery, Lincoln Gallery exhibits and an artifact collection and documents that tell the story of who we are. This award-winning column is written by members of the Society. For more information, visit hsqac.org or email [email protected]. 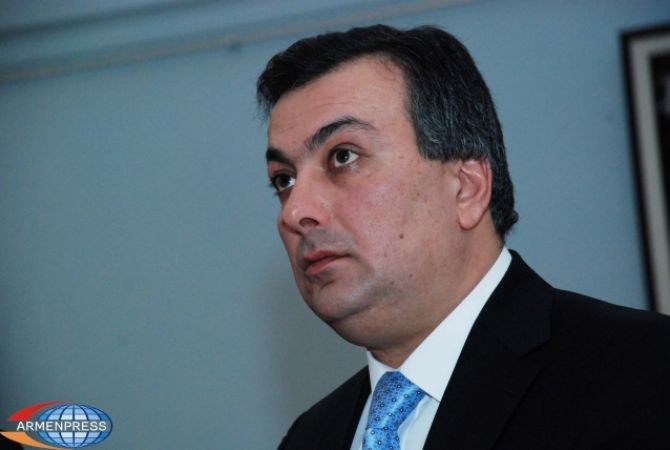