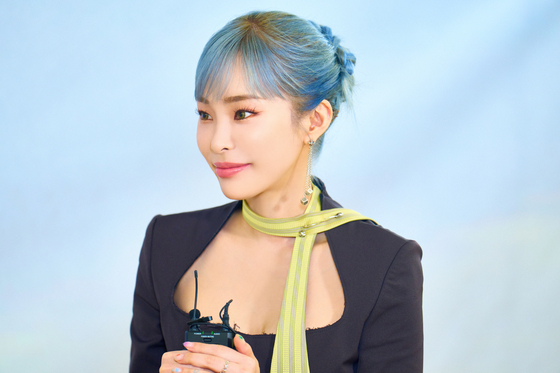 Heize will host the radio show “Volume Up” on KBS

Singer Heize during the press conference for her second album “Undo” on June 30, 2022. [YONHAP/P NATION]

Singer Heize will host the KBS radio show “Volume Up,” according to the broadcaster on Tuesday.

She will join the program from August 22 and her first guest on the show will be Girls’ Generation’s Taeyeon. On August 26, special guest Giriboy, a local rapper, will be featured.

She will replace actor Shin Ye-eun, who had hosted the program from November 2021 until July 31.

“I am happy and honored to take on the role of DJ for a program that I myself have guested on several times,” Heize said in a statement Tuesday. “As it airs at night when people are finishing their days, I want to be a host who can deliver positivity in every word.”

The program started in 1995 with actor Lee Bon as the host. Since then, stars such as actors Yoo In-na, Kang Han-na, and Choi Kang-hee, and AKMU singers Narsha and Lee Su-hyun have hosted the show.